"Born and raised in Western New York along the Niagara Escarpment, Joe Fonzi has spent most of his life in the outdoors: fishing, hunting, and trapping. Joe began his outdoor adventures as soon as he was old enough to keep up with his dad and grandfathers, who did it all from fly fishing to trapping. He still owes much of his success to the lessons and ethics that were set forth by these early mentors.

Joe is a graduate of both, New York State school of Environmental Science and Forestry (ESF); and SUNY Brockport, where all of his emphasis was placed on environmental studies. His graduate work was in fisheries management with importance placed on freshwater ecosystems; he participated in a 2 year fisheries inventory study of the New York canal system from Lake Erie to the Hudson River. For the past 18 years Joe has held a US Coast Guard license he's used turned his passion for fishing into a successful fishing charter business. Captain Joe, charters fishing trips on lakes Erie and Ontario, spending almost two hundred days a year in his Ranger boat, targeting smallmouth bass, perch, and walleyes.

When Joe isn't guiding, he tries to fit in as many fishing tournaments as possible. With finishes in the top 5 of both the National Bass and Walleye circuits Joe has accomplished something that most anglers don't even attempt. Other tournament accomplishments include: 5 top ten finishes in the FLW and qualifying for the FLW Costa championship both years he completed the circuit. Joe has also had success north of the border with several wins and top 10 finishes in both the Canadian Sport Fishing League (CSFL) and the Renegade Bass Circuits.

Joe holds pro-staff positions with several outdoor equipment companies including Gajo lures, Mack's Lures, Warrior Lures, and most notably Ranger Boats (for the past 10 years.) Joe is entering his third year as a Cabela's/BassPro pro staffer, he often participates in the Cabela's day's events at the Cheektowaga location. Joe also does several seminars each year for local sportsmen's clubs and outdoors shows in both the US and Canada, talking on a wide range of subjects from fishing ethics to tournament-winning strategies." 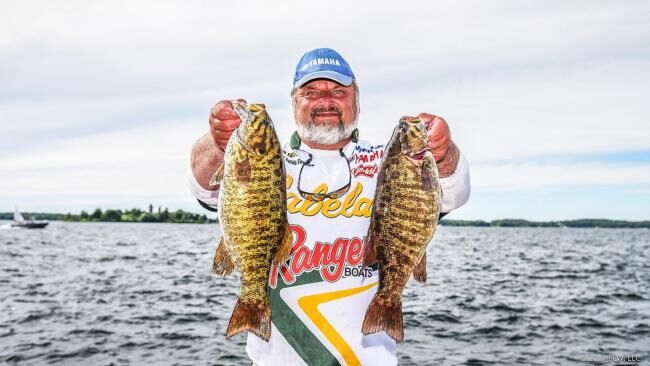